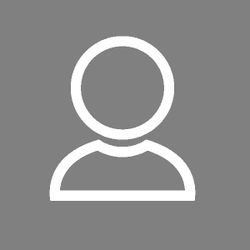 Plans were set, it was going to be a January wedding, Marcus says JUNE IS JUST TO DOGGONE HOT!!! My latex wil just simply melt. Brianâs response was thank heavens my dress wont make it through the ceremony and ass will cling to my panties. They were both elated with their knew found love for one another, it was at that time marcus turns to Brian and renamed him his pooling. YOU MUST UNDERSTAND AT THIS POINT I AM SPEAKING OF TWO INDIVIDUALS IN TULSA OK AREA, that arec or one of them is a homosexual , and has made it his mission to destroy my online reputation. He has done without exposing his face to me. I only have his name given to me by an unknowingly young lady, whom he was extorting, as he claims to be just that. He has chosen the name Brian Camp so as to keep his identity concealed, he has possibly used this name to cause issues for someone who has committed crimes. With regards to the young lady , he has defamed her character. He has posted her picture in forums that I am sure she is unaware of. He and his partner Marcus who is spooki, Lol have stolen around 7500 dollars from me in a gift card scam using the young ladies identity, sending me picture of her in situations that be considered dangerous to her welfare. Then the pics would change just a bit to make her look like a child then he got word to me at one point he told me she was in his dungeon beneath the house.

He still cyber stalks me to this day,causing me problems with anyone I meet on line or off line, he creates chaos in theirs and my online presence. I am currently preparing a file listing all info I have on him or her and all digital material will be uploaded to the Tulsa Police Department / cyber crimes aka spider unit. I am in hopes that if anyone on this site knows anything of these acts committed by an individual that states to me his name as being Brian David Camp. Please message me. I did speak with his probation officer and try to request a supervised visit so that we could determine if he was this individual or not. I did explain that I did not want to cause anyone undue issue. His probation officer spoke to him and his response was I do not want to speak with him at all. Help if possible.